Wasdell Falls on the Severn River north of Lake Couchiching, was the site of the first hydroelectric power plant built by the Ontario Hydro Electric Power Commission. (The natural waterfall was named after Dr. Joseph Wasdell who settled nearby in 1870.)

Tenders for the dam and powerhouse were called in 1913, and the small plant was opened on October 6, 1914 with two 400kw generators in operation. 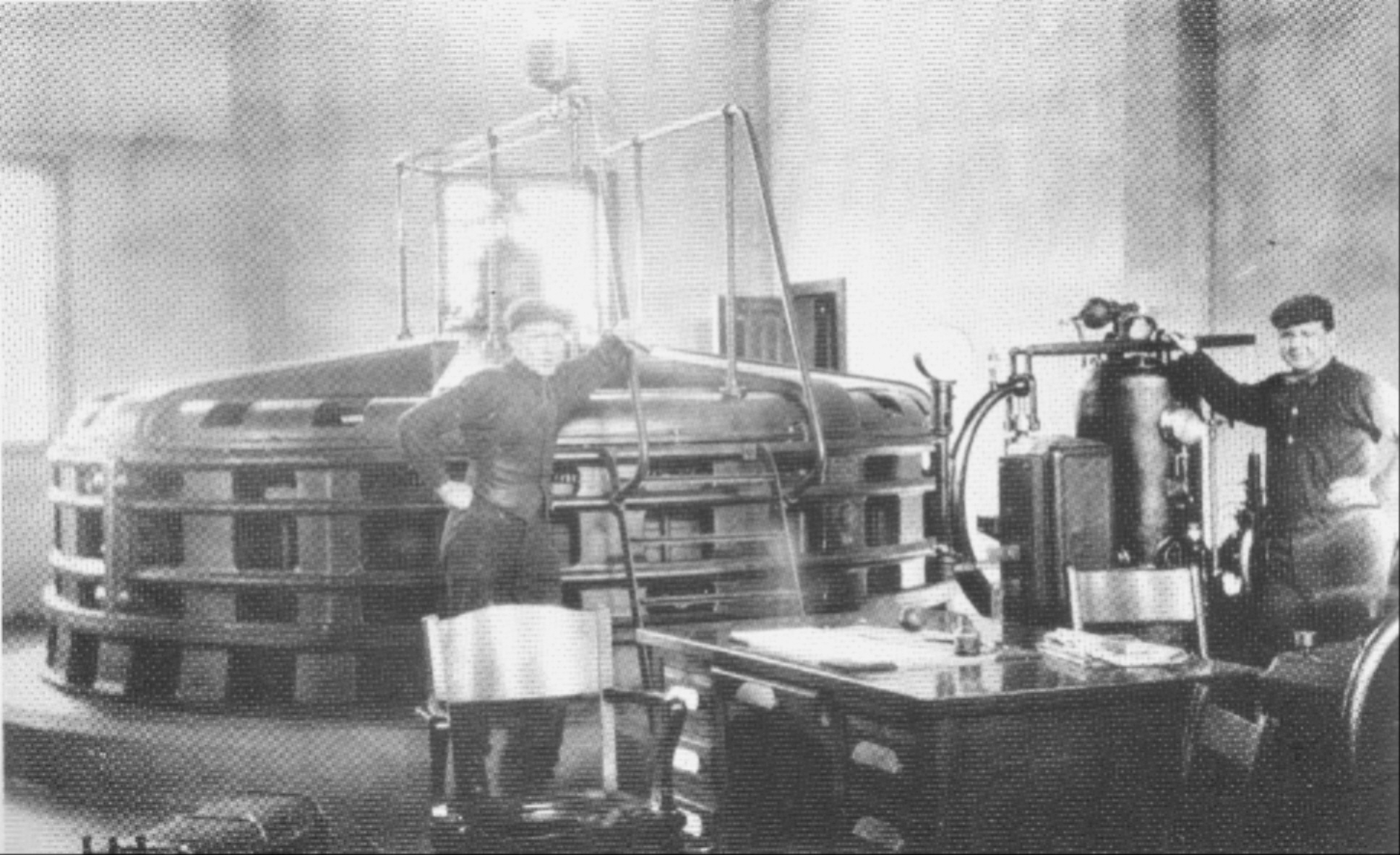 George Blackwell of Severn Bridge was appointed plant superintendent (on the left in photo), a position he held for forty years while the plant was in operation.

In 1942, six visitors from Toronto were swept over the falls when their powerboat capsized on some rocks. Two adults and two children were drowned on the rocks below, and two adults were rescued.

By 1955, the cost of operating and maintaining the power station was more than the value of the electricity produced, so the plant was shut down in 1955 and demolished in 1973. A small portable 400kw “Mini-Hydel” system was installed until 2018, when a major rebuilt was undertaken at Wasdell Falls by Ontario Hydro.